"Need to know" by Karen Cleveland

I was lucky to get access to this book for free courtesy of Pigeonhole. Pigeonhole is new to me and different way to read books. In this case a section (usually 2 chapters) was released each day which both heightens the tension (there are some real cliffhanger chapter endings) but also stems the flow. My full review below is taken from my Goodreads account.

The real novelty of Pigeonhole is that it's an online book club. As you read you can comment alongside the text and reply to the comments of others. In fact, you are encouraged to comment - that's the point of doing it this way. In this instance we were informed the author was reading along with us and not to hold back - a great new development.

Joining doesn't give you free access to all the books you want, this was a draw to be one of many people, but the chances of getting involved seem good. Definitely worth a try.

Need to Know by Karen Cleveland
My rating: 3 of 5 stars

I received an e-copy of this book free of charge from The Pigeonhole.

Viv Miller is a CIA agent working on Russian counter intelligence. She's a spy, but drives a desk rather than an Aston Martin. When she finally decrypts a laptop known to belong to a Russian spy she uncovers evidence that tests her loyalties and emotions beyond the limit.

The Pigeonhole released this book in daily sections which does work well with cliffhangers. I do think, though, that those that say they have sat and read it in one sitting are the best judges. It is a relatively short book for a thriller of this type and flows freely. The style isn't challenging and there are multiple twists and turns. It's quite a clean book, not too graphic in language, violence or sexuality.

The core theme of the book is really about love and trust, not politics or espionage. Written in the first person we hear how Viv's trust of colleagues and her husband change throughout the book, and the deep love she feels for her children.

In plot alone, it's a great read. A single day of a holiday or a long train journey would be all the better for this. For the more discerning thriller fan I would suggest it lacks depth. Viv's feelings change quickly and her actions are unnatural - often we wonder why she took a turn when we should be either with her, or at least understanding her rationale. During the central part of the book we really would have benefited from a deeper understanding of the relationship with her children and how they are affected by events.

The story also lacks a killer turning scene towards the end - a big action piece that grips. There is a scene which could fill this plot but it seems too brief and too easily cleared up. I wouldn't expect lots of actions pieces - this is a psychological work and not an action one, but I would have enjoyed a few more key big moments rather than lots of little ones.

But I'm being picky. 3 stars is good and there is enough here to fill a very pleasant gap in your reading time. You may not remember it all months later but that just leaves space for more doesn't it?

Another win from the marvellous Goodreads site. The review below is taken from my Goodreads page.

Militia by Michael Hill
My rating: 3 of 5 stars

William Mitchell is an apple farmer in rural Massachusetts when tensions rise between the local Patriots and the British-supporting Tories. Joining his local militia William finds himself going into battle against the well trained British and struggling with balancing his ordinary home life with life as s soldier, trying to protect that very life. His time in service sees him take part in several battles of the Revolutionary War before becoming a representative of his community and being a part of the development of the US Constitution.

Whilst William is a fictional character the novel is based on actual events and features some real names - several of whom are the ancestors of author Michael Hill.

The novel is short at under 200 pages and doesn't delve into the depths of the War of Independence, the catalysts and aims of the Revolution. It does, however, give a neat overview of the period through the eyes of one ordinary man. Many brave men (and women, as the book acknowledges) did take up arms to protect their communities and their fears and trials are recognised in William's experiences.

The brevity of the story means that things are explained quickly. There is little time for background descriptions of William's home or time to develop the personalities and characters of him and his wife, Doll. Conversations and speech is unnatural and somewhat wooden and I admit that the first chapter didn't excite me into looking forward to the rest of the book. That soon changed as the conflict started and I did start to get right into William's motives and fears. Here is a quite real hero - an ordinary man thrown into something that he doesn't really want to be part of. His experiences in battle are as confused as battle itself is (I imagine) and his post-traumatic stresses are genuinely moving. The human condition is skillfully understood even if the overall depiction lacks a true novelist's touch.

Criticising the quality of writing isn't the point here. Michael Hill is rightly proud of his ancestry and their achievements and getting their story into a wider audience is the point. Hill has done that and the story is entertaining and educational.

"Broken by Messines" by Mark Wardlaw

Broken by Messines in WW1 - The Grandparents I Never Knew by Mark Wardlaw
My rating: 3 of 5 stars

Peter Wardlaw met and fell in love with Catherine (Kate) Hay in the heady days before the Great War. The world was open for them to explore and neither forewent the opportunity to squeeze the most out of life. Peter worked hard for an engineering company and set up his own business while Kate sailed to work as a teacher in New Zealand - both remarkable adventures for such young people. Throughout the few years they were apart they wrote to each other, getting engaged by correspondence and keeping each other informed of daily life.

And yet a massive cloud covered the World. Europe plunged into war and soon other nations followed, including many New Zealanders and Australians who sailed to the other side of the world to protect the Old Country. Peter enlisted too and found himself fighting in the same theatre as these Antipodeans at Gallipoli, one of the most famous and most tragic battles of the War. From Turkey to Egypt and then on to France, Peter wrote to Kate often. Would they and their love survive the war?

We know the outcome of this because Peter and Kate are the author's grandparents. Many of the pieces of correspondence (from other family members and acquaintances as well as Peter) received by Kate survive and have been curated and pieced together with commentary by Dr Wardlaw.

This isn't a book about war and doesn't contain great detail about the events of War experienced by Peter; the letters would be censored so details would have been edited anyway. This book is a picture into Edwardian courtship and everyday life in Britain before the war. The interest isn't in the content, it is in the context. This is an unadulterated view of how people faced the time of great change and their feelings during this time. Much is hidden and in the final chapters we feel the emotion ourselves as their destiny reveals itself.

In my view the book would have benefited with more historical detail of the events that impacted upon Peter and Kay. The battles, U-boat peril and some social history are introduced but not built upon and with that background it would have been more interesting but to make too much of that would be unfair. Dr Wardlaw isn't trying to tell the story of the war, he is telling the story of his family. Ordinary people in an extraordinary time - would our own lives turn out the same if we faced the same challenges? 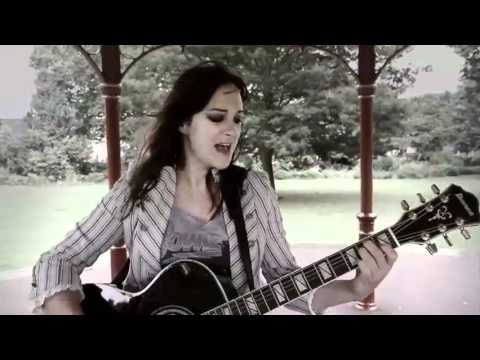