Today's freebie? OV Guide - a website and app that lets you watch films and TV shows for free 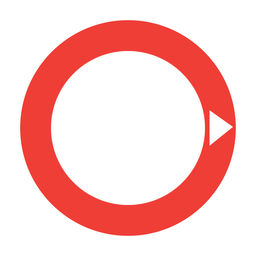 Most of my reviews are things I've been sent for review, won in comps or received as samples. Sometimes, though, it's worth highlighting other good things in life that are free.

OV Guide is a website (and also a handy app) that aggregates free to play films and TV shows in your region. The definition of free is loose - a 30 day trial of Amazon Prime is free, so technically there are some good films out there to see. I can't be doing with that though, I want proper free. The site lets you choose these films so you filter out the links to pay to play streaming services.

According to the results, there are over 7000 full, free, films here. 7000! Of course, they'll be the ones that Netflix don't want, but there is some fun to be found in searching. It's why I think of a doner kebab - sometimes you don't want quality fine dining. Sometimes you want dirty, satisfying, messy fodder. This is where you'll find it.

My first foray was "Stag night of the dead", a low budget British zomcom that was neither funny nor scary. So bad it was entertainingly watchable. Horror does seem to be the dominant genre on OV.

I cleared my palate with a few old TV shows - this is the salad in your kebab, something healthy so you don't feel as guilty enjoying the junk. An episode of "The Jack Benny Show" had me laughing out loud, I love Jack Benny. I followed this with a 1937 episode of Zorro - proper Saturday morning fayre. A few dead links exist - it was suggested that Porridge was available and clicking to me to the BBC website where it wasn't available. I guess it depends on what's on the various players at the time.

I finished with "The Fat Slags", an ensemble piece in the finest British tradition. A cast of many stars to deliver a bilge fest that can hold its own with any British tie-in from the seventies onwards. Again, I enjoy the mulch sometimes. And it's got Don Warrington in it.

The adverts don't seem to work, so every 90 minutes you get a seconds blip and back to the show - an uninterrupted viewing bonus. The only time the ads did work it crashed the film and I had to relaunch and then scroll through to the point I was at, but this was once in about 3 hours of viewing. The streaming was slick, the sound perhaps below par. But come one - it's free. Thousands and thousands of new shows for free. They just need a smart TV app now...
at April 15, 2017