Jungle Book at the Manchester Odeon

What did I get? A ticket for the Odeon cinema at the Printworks, Manchester.

What did I see? Jungle Book

How did I get it? A raffle win on the MacMillan coffee morning.

Way back in 2015 I was lucky enough to win 2 tickets for any Odeon cinema. Not a freebie in itself as I paid for the tickets, but I'm working on the basis that one of the tickets was cheap and one was free. It's a chance to highlight the World's Biggest Coffee Morning and a fair chance to review a good day out. 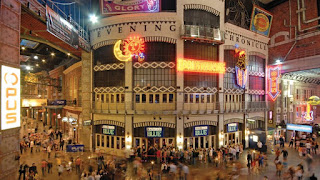 The Printworks is an exciting development in the centre of Manchester housing a 20 screen cinema, various bars and restaurants. It winds through an indoor street that retains many of the features of the original newspaper printing industry. It opened in 2000 having been left derelict after the evil Robert Maxwell bought it for £1 in 1986 and then closed it down.


Walking into the Printworks is exciting for the kids. It's quite dark but sufficiently lit to make it look like it's permanently night time on a busy street. It's been a while since I spent time down here at night and even then I felt a bit old. I'm told it can get a bit rowdy at weekends, but it's fine during the day.

Hard to believe that this is my first visit to the cinema here. Hard to believe there are 20 screens hidden away, including the North West of England's first IMAX. Queues were small, the friendliest service I've ever had in a cinema from Leah, and prices reasonable (well, the adults were free!, kids and senior were £4). Up the escalators to a large area selling the usual sweets, drinks and popcorn but also plenty of video games, air hockey and penny flips too. There's a Costa up here, but that wasn't open at the time. Having just spent an hour having a buffet lunch as part of our day out treat, these weren't close to being sampled!

Comfortable seats with plenty of leg room, good sound and a clear picture. Odeon Printworks cinema gets the thumbs up! 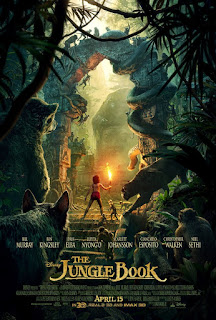 So what of the film? Oh, my word. My sister had told me it was good and not just a kids' film, but I never expected anything like this. The production is incredible - CGI now seems to have reached perfection. The only actor in the film is Neel Sethi who is incredible. To think he would have filmed opposite puppets against a blue screen shows just how good a performance this is. Amongst the many good voice performances my favourites were Christopher Walken as King Louie and Ben Kingsley as Bagheera. Idris Elba (my choice for the new James Bond) makes a good baddie, the odd 'proper Landun' word creeping out.

The real star is the storyline. More faithful to the original book than the 1967 version, but making sure it's not so faithful as to be a bit boring (come on, you've read them right? The films are much easier...). There is also the surprisingly brave move to omit any semblance of romance (Shanti is nowhere to be seen), and keeps sentiment about family to a minimum. Mowgli has been raised by animals since he was a toddler, he has no memory of mankind so why would he have those feelings.

Some better reviewers than I would consider the deeper meanings of the film (be true to yourself; consider your own strengths and not what others expect of you; wolves stick together...) but I'm shallower than that when it comes to a kids film. I enjoy the scenery, laugh at the jokes and cry at the end).

I'll finish with the songs. It's not a musical, but music from the 1967 film makes it in there. As well as excellent versions of 'The bare necessities' and 'I wanna be like you' I also noted background music calling on 'Trust in me', there may have been others.


Oscar nominations are likely to be made, this film is a cracker for all ages.