What did I get? Windows 10 operating system
How did I get it? if you use Windows, you'll know. If you're a Mac user, you'll be sneering at me....

You've been seeing the pop-ups for weeks, if not months. You've been getting the prompts. Have you taken the plunge? 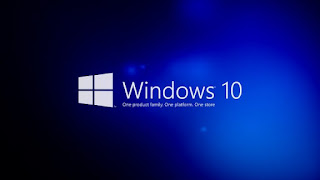 I'm reticent with things like this. I'm never the first to venture to a brave new world, preferring others to go first and tell me what it's like. Also, I'm a bit contrary. For someone who blogs on freebies, I hate being pushed into upgrades that are free.

Yesterday I saw a news item that criticised Microsoft's tactics in getting people to do the upgrade. Apparently MS have altered the settings since the message first appeared so that rather than asking if you want to install windows 10, the installation is scheduled to install itself unless you say otherwise. Most people close the dialog box using the 'x' in the corner without realising that they weren't declining the install, they were declining the opportunity to decline.

But I'm too tired to fight for ages, and am I spiting myself? Well, having read a few reviews it turns out Windows 10 is OK. Respected sites gave it a thumbs up, one describing it as the 'best Windows yet'. I decided to go for it.

By golly, it's a long download and umpteen restarts. About 2 hours from start to finish. 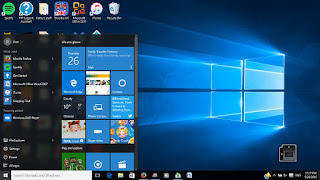 First impressions are favourable. It looks smart, but it doesn't really do anything different. The real changes come with menu choices. The start button brings up a whole different set of choices than before. Microsoft are no longer leading technology, they're keeping up with others. Programs are now 'apps' - fair enough, 'application' was a word long before iTunes store shortened it. This pop-up menu is now your first port of call. It has the news, weather, quick links to Twitter etc. Your computer is now more like your phone. It's not  bad thing, we've come a long way since that bloody paperclip.

One benefit I do like is how much easier it is to connect your applications to a profile. My webmail accounts is linked to my user profile so much more easily. Navigating to photo albums is more inuitive too. 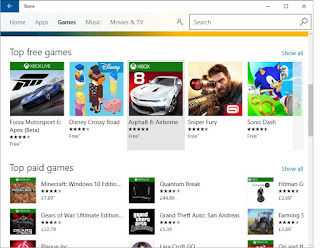 The Microsoft store offers the same sort of service as the Play store or iTunes store and is in very much the same format. You now have access to loads of free games such as Crossy Road (Disney edition)  and the ubiquitous Candy Crush. Maybe this was available before, now it's just more obvious. The kids'll love this.

The downsides? Well I spent a further 3 hours trying to resolve the simple fact that my touchpad drivers were lost. I had a cursor and could click but without 2 finger scrolling I felt lost. Research revealed a problem that could be much more serious - HP haven't kept up with Windows 10 and no drivers were available. I faced life without 2 finger scrolling and went to bed fed up.

Today, scrolling is back! It's opposite (I swipe down to scroll up) but I'll take that. Now the OS has bedded in and things aren't loading for the first time speeds seem back to how they were before.

I'm not even going to bother trying Edge, the internet browser. I'm a Firefox man and happy with that.

Go on, swallow your pride and download the update. It's worth the long wait.