Harry Hill's novel is as daft as you'd expect.

What's the freebie? Escape from Deathrow paperback by Harry Hill
Where from? Another grab from a work clear out

A few posts ago I discussed Shogun by James Clavell, one of 2 books I liberated from an overflowing bookshelf at work. That took me months and I needed something different. Anne Diamond recommended this book to me one lunchtime as we enjoyed a Blue Bols spritzer in the Winding Wheel pub, Cannock. 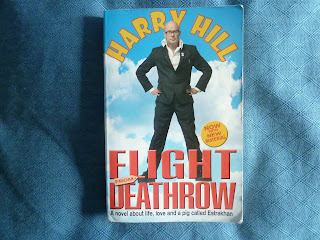 It's the bizarre flight of fancy you'd expect. The novel is actually about 14 years old but you wouldn't realise it as neither Harry Hill or his output has changed me in 20 years. Look at this video, that's 20 years old is that.

Nowt wrong with Harry Hill maintaining the same act if you like Harry Hill. I don't mind him, he's found what he's good at and made a decent living out of it.

Anyway, back to the "plot". There isn't one really. A pig thrown into the world of celebrity culture, told by Harry Hill in the first person. It's a barely structured series of musings that has flowed from the end of Harry's pen (a 1993 Papermate judging by TV Burp or You've Been Framed you'll know Harry delights in putting celebrities into implausible situations. Thus it is here, including Harry himself. 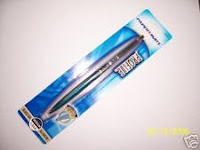 the prose) full of pop culture references which do date the book. If you've seen

If you're amused by Hill and spot this at a car boot sale then give it a go, it's a daft bit of fun. if you don't like Hill then avoid like the plague, you'll hate it.