Beethoven's 7th wasn't for the likes of us

Where'd you get that, then? Free download with the Classic FM newsletter 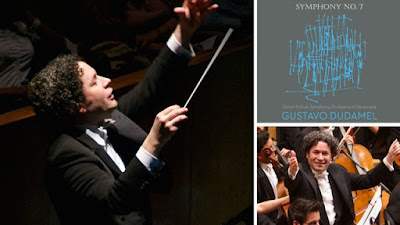 I 've enjoyed classical music for a long time. I first felt stirrings in my late teens when I was at my most receptive to all new experiences and spent hours visiting art galleries, watching weird animations on Channel 4 and annoying my work colleagues by turning the radio to Radio 3 all the time. Some of it may have been pretentious effect and trying to shake off the perceived blandness of growing up in a white, protestant, working class former mining village. Most of it was genuine admiration and love for creativity and the beauty of recreating a feeling into another medium.
I recall my mom telling me that they never had classical music in their house when they were growing up in the fifties as, according to my grandma, "that isn't for the likes of us". Grandma's sisters all went into service and with a coal miner for a father and with a coal delivery lorry driver for a husband (my grandad) she was quite content with her place in the world. Music for Grandma when she was growing up would have been split between hymns from the Methodist hymn book and maybe the odd bit of big band music. Don't get me wrong, she wasn't all chapel and no fun. Grandma and Grandad were a laugh a minute and never stood in the way of mom going out with dad to dances and watching rock and roll bands around the West Midlands. I grew up with Grandma singing Elvis songs and she had a framed picture of him on her wall until her death just a few years ago.
The enjoyment of music is in my genes and I've sacred music in my collection that was written nearly a thousand years ago up to metal albums from this year. I've a lot of classical music in my collection and probably know a bit more than most of my close friends, but no way am I an expert. I'm the type of chap who can tell you what I think of a piece, how it makes me feel, possibly some facts about when it was written and why. What I can't tell you is anything about composition or whether this particular recording is better than the one by such and such. I'm not Inspector Morse.

Tell you what, I'm not going to read anything about this piece. I don't know if it has an alternative name that might give a clue to its inspiration such as 'Emperor', 'Eroica' or 'Pastoral'. I'll listen, take notes of the pictures in my mind and enjoy the music for music's sake.

Movement 1 is joyous. It smiles and skips along jauntily. This movement represents success, happiness and contentment. Probably a lad waking up and looking forward to the day ahead. He ablutes, dresses and sets off to face his day.

Movement 2 is slower. It's very mournful after the first movement. This is someone receiving bad news, unexpected bad news. Four minutes in and the tome becomes slightly more positive. Wipe away the tears, clench thy fists and up and at 'em. As God is my witness, I'll never be mournful again!
Movement 3 is confident and striding. All may not be right with the world but we can face it, we'll find away. The 2 - 3 minute period reminds me of the lad on a Grifter, flying through country lanes and 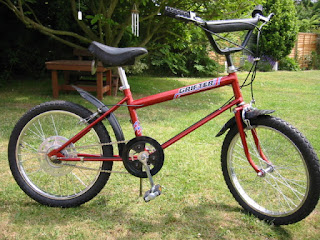 ascending a hill. The following minutes are him surveying his world below before gritting his teeth and flying down the other side of the hill. Whoa there boy, slow down! He does so, and then thinks about life ahead and how it's mostly going to be great but with sad moments. The world awaits, let's find a sensible way to get through it and achieve an acceptable work/life balance.

Movement 4 is also uplifting although more dramatic. Maybe something a bit more serious, it's fast paced wit h twiddly bits like someone working hard, concentrating and getting up a sweat but in a job they love. A cobbler. Or is it? Half way through comes a questioning piece. Oh no! Is it the boss? What's wrong? A to and from conversation follows that builds and I think at one point a tool is thrown. Oh dear, I think our hero has resigned from his job...or has he? Maybe he's decided he now knows enough to set up on his own. Yes, let's go with that.

So there you go. I think I've pretty much nailed what Beethoven was thinking about when composing this. It's about the joy of life but how that joy can only be achieved by having a pragmatic outlook and working hard to achieve what you want, not expecting it on a plate.
I'm not going to bother looking it up and seeing how close I am. If you are a scholar of music then do please comment below and confirm I'm right.
at February 13, 2016